READING 8 B2 INTERMEDIATE-ADVANCED Is anybody out there?

Is anybody out there? 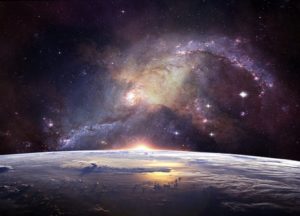 In the currency of the cosmos, stars come cheap. There are hundreds of billions of them in our galazy alone. The true prizes, as astronomers have always known, are planets. It took earthly observers millennia to discover the ones circling our own little sun. Whether any existed around other stars remained a mystery until 1995, when the first so-called exoplanets were found.

The biggest question on people´s minds when the discovery of the new worlds was announced was whether they could harbor life. The answer: not even close. They were too big, too close to their stars or both. In the decade and a half since, with nearly 500 exoplanets under their belts, astronomers still haven´t found an Earth-size planet in a star´s habitable zone. It looked as though they´d finally done it with the announcement of a planet called Gliese 581g identified by a team of American astronomers. But as other scientists have studied the data, they´ve raised serious questions about its existence.

Disappointing as that has been, errors are to be expected. At multiple-light-year distances, even the largest planets cannot be seen with telescopes. Instead, scientists must use the back-and-forth gravitational wobbles, or radial velocity, a planet imposes on its parent star to infer its existence. Another method occurs when a planet passes in front of its star blocking a tiny bit of the light the star emits. a final approach involves analyzing how light from one star is bent as it travels around a planet orbiting another star closer to Earth.

The Kepler space telescope uses transiting to hunt for exoplanets, keeping its sensors fixed on about 100,000 sun-like stars. If it detects dimming in one of them, and if that dimming happens about once every year, it means the planet has an orbit like Earth´s and we are smack in the middle of the habitable zone, so let´s wait!

Next QUIZ READING 8 B2 INTERMEDIATE-ADVANCED Is anybody out there?