READING A1 The world´s most popular sport

The world´s most popular sport 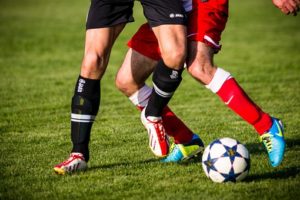 The most popular sport in the world is almost certainly “association football”. In most countries, people simply call it football, but in the U.S., people call it soccer. In over 140 countries, people young and old play the sport, and once every four years, millions of fans watch the biggest football competition of all, the World Cup.

Fifa (Fèdération Internationale deFootball Association) organizes the World Cup. The official name of the cup is the Jules Rimet Trophy. The first World Cup took place in Montevideo (Uruguay), in 1930. Football teams from thirteen countries played including teams from Belgium, France, Romania, Yugoslavia, The U.S., and eight South American countries.In the final  game, Uruguay played against Argentina and won the match 4 to 2 in front of 100,000 excited fans.

Next QUIZ READING A1 The world´s most popular sport